This Instant Pot Cinnamon Roll Cheesecake is a creamy cheesecake packed with cinnamon crumble, topped off with a decadent cream cheese frosting. This cheesecake is any cinnamon roll lovers dream

BAKING IN AN INSTANT POT

Yes! It is true! You can BAKE in your Instant Pot! If you are anything like us, we cook EVERYTHING in our Instant Pot. It is so quick and easy.

Once I discovered you can actually make dessert in the Instant Pot, it was a game changer for me!

There is only ONE con that I have come across when baking a cheesecake in the Instant Pot and that is.. soggy crust. HOWEVER, I have cleverly found a solution for that as well!

1. You want to make sure that you wrap the entire springform pan in aluminum foil. If not the top, for sure the bottom so no extra moisture gets to the crust. For added insurance, layer a paper towel between the cheesecake and aluminum foil to absorb any moisture.

3. DO NOT OVER MIX THE EGGS. This is a big thing I have learned from my research that could lead to a weird texture to your cheesecake. When you add in the eggs mix JUST until the yolk disappears into the batter and stop.

BUTTER– To help hold the crust together, and also to use in the cinnamon crumble.

CINNAMON– Because you can’t make a cinnamon roll cheesecake without it!

BROWN SUGAR– Again, a must have for a cinnamon roll cheesecake

CREAM CHEESE– Please use Philadelphia cream cheese, you CAN use off brand but it does not turn out nearly as good. Just trust me, splurge.

SUGAR– Obviously, there is no good dessert without sugar

FLOUR– The flour in this recipe acts a thickening agent. You can also use cornstarch.

VANILLA EXTRACT– Gives that nice hint of vanilla goodness. If you can, use the real stuff. It does make a difference.

HEAVY WHIPPING CREAM– I tend to think of this as my secret ingredient. It makes the cheesecake so creamy and delicious.

EGGS– Also a thickening agent, and helps bind everything together.

HOW TO MAKE AN INSTANT POT CINNAMON ROLL CHEESECAKE

Pulse the graham crackers in a food processor until you get a fine crumb, then add in the melted butter and pulse until combined. Pour into a 7″ springform pan (I use this one) and use your hand or the back of a spoon to pack into the bottom to form the crust. Pop in the freezer while you make the filling.

First cream the cream cheese either using a hand mixer or a stand mixer for 3-4 minutes or until nice and smooth.

Mix in the sugar and flour until combined.

Add the vanilla and heavy cream and mix on low speed until combined, then slowly increase to high for about 1 minute.

Mix in the eggs last, one at a time, and just until the yolks disappear into the batter.

Combine brown sugar, cinnamon and flour into a medium bowl and whisk to combine. Add in the melted butter and use a fork to mix until you get a crumble.

Pour one cup of water into your pressure cooker and place the trivet inside. Place the cheesecake on top of the trivet and set your cooker to high pressure for 40 minutes and allow to naturally release.

Remove the cheesecake from the pressure cooker CAREFULLY! Allow to cool on a wire rack until room temperature. Refrigerate over night.

IF YOU LIKED THIS RECIPE, CHECK OUT THESE RECENT POSTS!

If you love this Instant Pot Cinnamon Roll Cheesecake as much as I do, make sure you share it with your friends on Facebook and Pinterest so they can make it too! 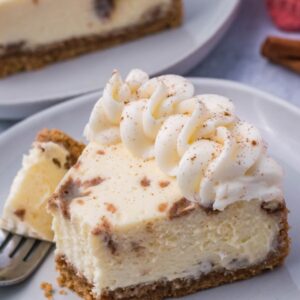 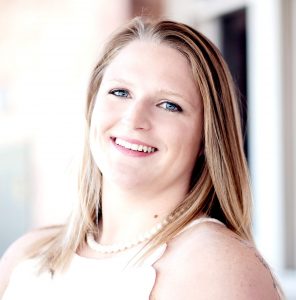 I'm Brittany. I am the sweet-o-holic behind Baking up Memories. I am a mom, wife, food photographer, recipe developer, and blogger. I love creating easy and delicious desserts that anyone can create! Baking doesn't have to be hard, just taste good!!

I'm Brittany. I am the sweet-o-holic behind Baking up Memories. I am a mom, wife, food photographer, recipe developer, and blogger. I love creating easy and delicious desserts that anyone can create! Baking doesn't have to be hard, just taste good!!